SAP FCc remains to be a separate license. (Existing Licences will be credited

FCC Migration from 2.0 to S/4HANA FCC – included in Migration part

Unfortunately not full-blown 1709, analytical apps comparable to SMART business. But on roadmaps. 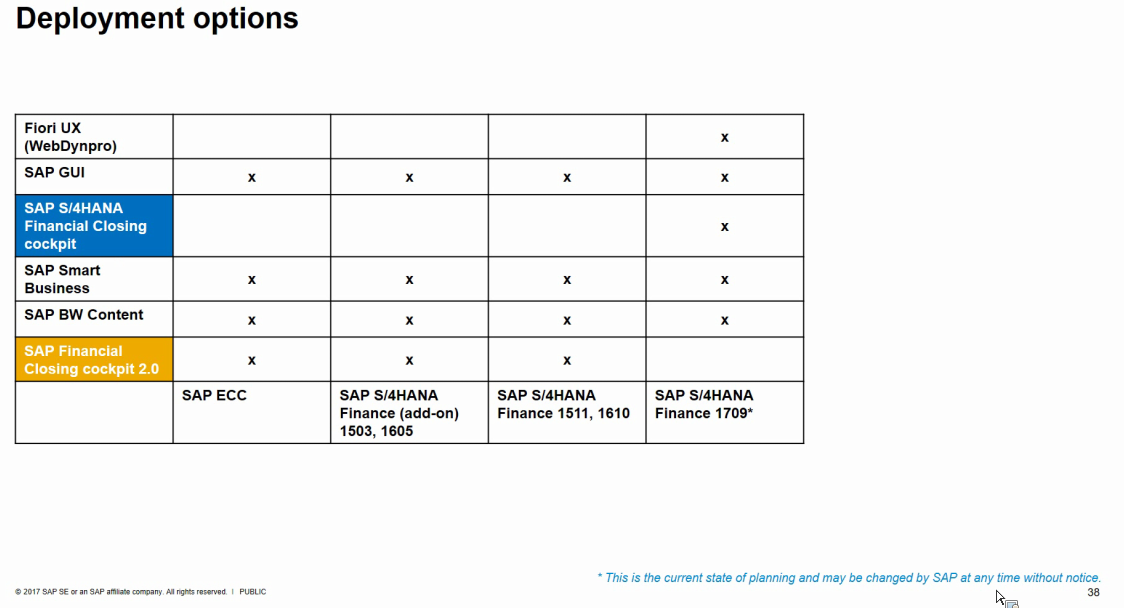 This site uses Akismet to reduce spam. Learn how your comment data is processed.

Inside SAP S/4HANA – from OPEN.SAP.COM

A daily selection of the best content published on WordPress, collected for you by humans who love to read.

The Art and Craft of Blogging

The latest news on WordPress.com and the WordPress community.